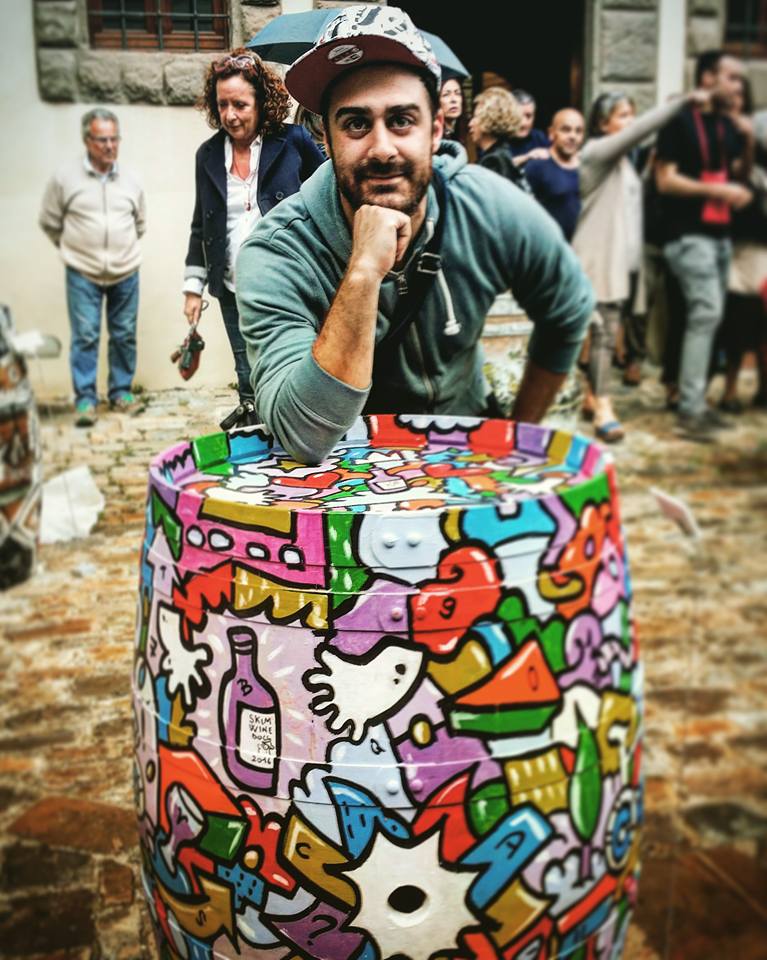 in color we trust

I was born in Florence and I grew up in the suburbs of Scandicci, where Benozzo Gozzoli was born

and where Lorenzo Ghiberti had his country house. I learned about my district by riding my bicycle

between fields and factories and it was in this semi-urban context that my art was born, a mix of

chaos and harmony, between the gray of the factories, the green of the hills and the blue of the

sky above my head; but I was missing something and I found that something in my travels abroad

and in the sea of the Maremma, during summer vacations with my parents and grandparents.

Even in those days, my mom always remembers, I must have been 5 or 6 years old, I used to draw

little boats that I signed and gave to my umbrella neighbors.

me to try copying their drawings and in Disney and Jacovitti I found myself right away. I felt them

part of me and my style that was forming. The simplicity of the stroke and the sharp colors

stimulated me to create my own characters. Of course my generation was influenced by the

cartoons of the 1990s too and I cannot forget the characters of Andrea Pazienza! From then on I

people&#39;s homes and I dreamed that all over the world there was a part of me.

My dream of being a painter led me to open, in 2008, a small art studio in Scandicci, where I did

graphics, decorations, art copies and graffiti, but after not even three years the crisis forced me to

cultivate my passion, so that I carved out, inside the company&#39;s shed, a small space, a sort of

studio, where I was able to continue painting, thus carrying on my art and finding, little by little,

my style that was making its way, from painting to painting, from exhibition to exhibition, over the

territory: the &quot;harmonic kaos&quot; and the concept of &#39;skimmare&#39; were coming to life. A few years

passed and in 2018 I was able to open a new studio, much bigger and cozy, still in my suburb, still

in the chaos of factories, but with some greenery.

In these fifteen years of studio, graffiti and exhibitions, I have the satisfaction of thinking that the

teenage dream of entering, with my art, into people&#39;s homes and around the world is coming true.

From the Florentine suburbs to New York&#39;s 5PTZ and from city bars to solo exhibitions in historic

buildings, passing through collaborations with cultural and social associations, where I have

worked with people with physical and mental disabilities, to the education of children through

spray cans, I have seen all kinds of colors… and that&#39;s what we are talking about, the colors that

animate my paintings, so much that it has given birth to what has become my motto: &quot;In Color We

Trust.&quot; A motto that was born a few years ago when, looking at the back of a dollar bill, I read the

words &quot;IN GOD WE TRUST&quot; placed between the pyramid and the American eagle and thought how

important colors were, so much so that I adored them.

Color, as well as my forms, is what gave birth to Harmonic Kaos, it is my style, you could say from

the beginning, it has slowly defined itself and evolved, more and more, during my research. The

intricacy of lines drawn in pencil, marker or spray generates kaos, while color creates harmony and

makes everything homogeneous and harmonious. In my works I try to get the viewer lost among

the thousands of shapes that are created, going to hide details or messages, while the whole thing

moves, shifts or appears, as if by magic, in a kind of dream, a dreamlike adventure to other

planets, to the moon.

I am very attached to the moon, you can find it in almost all my works, it has always fascinated

me, it calls me and it has a crazy shape, especially when it is not full; it seems to be missing

create, for example, the harmonic nocturnal kaos, with the prevalence of black color. In my

paintings there is no natural light, each form has its own light that wants to emerge and be seen,

and the forms I put, even if it doesn&#39;t look like it, are precisely inserted as the result of my

constant research. The search in creating my harmonic kaos is endless, a style that has made me

recognizable, both on walls and canvases; it is my kaos, it is my harmony, it is my sign… it is my 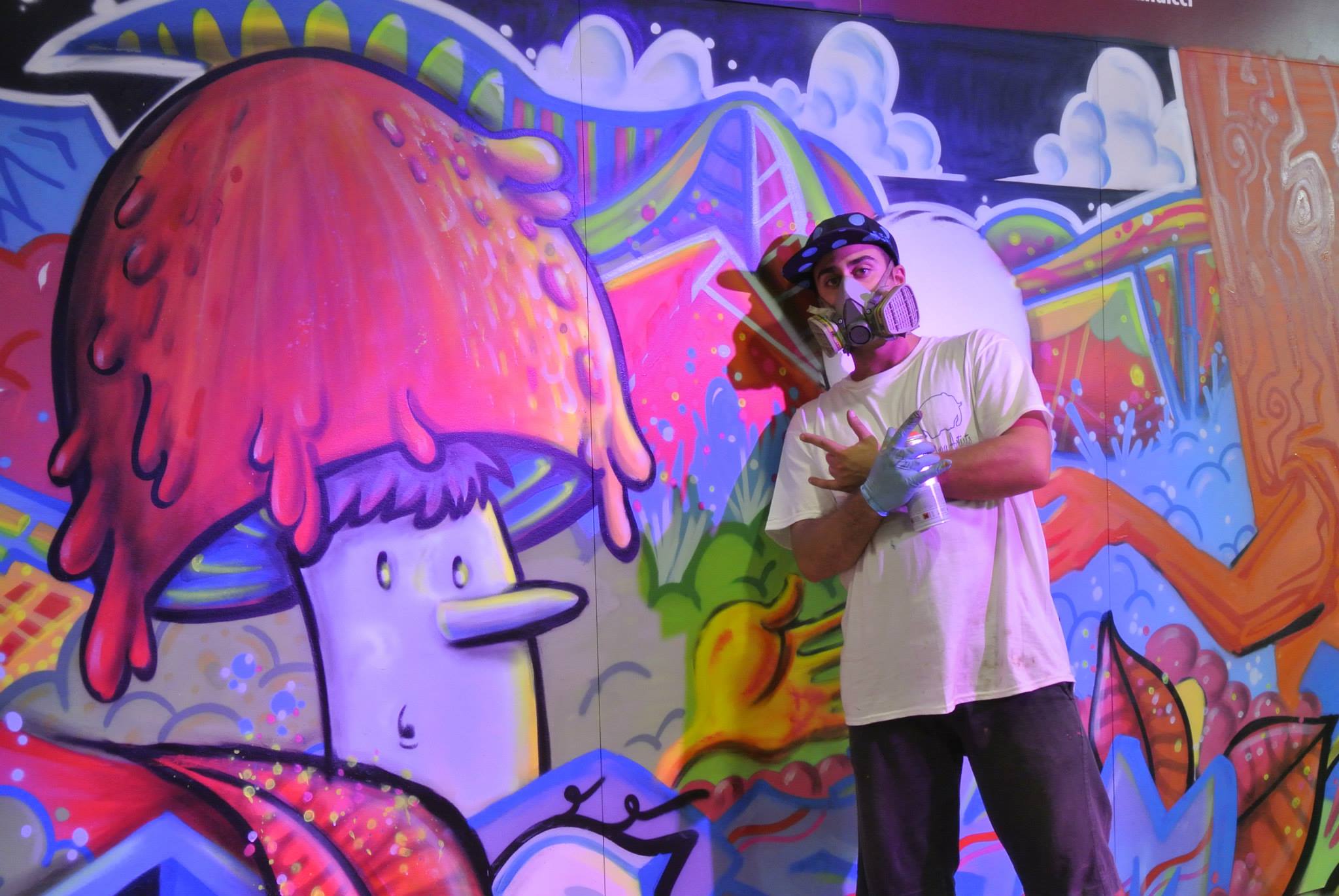